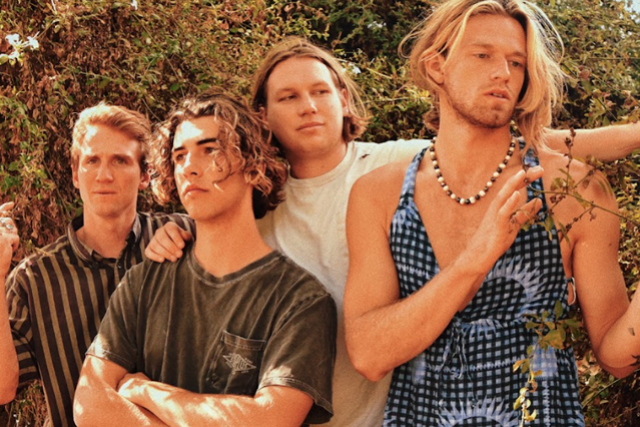 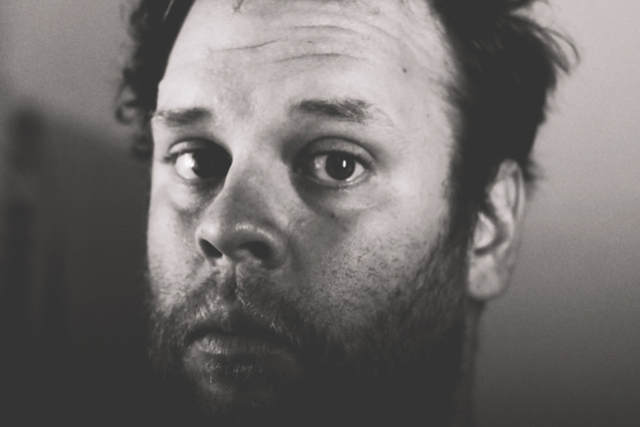 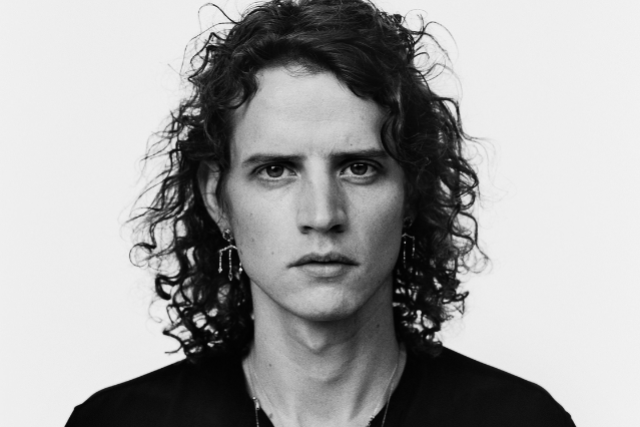 In a musical landscape with fewer boundaries than ever before, THE MOSS’s exuberant brand of alternative rock spans genres, eras, and even oceans.

The Utah-via-Hawaii group was born on the shores of Oahu in 2015, as teenage buddies Tyke James (vocals/guitar) and Addison Sharp (guitar) picked up a gig serenading diners at local taco trucks in between surf sessions. Naturally, their songs took shape in the spirit of the island, imbued with the joyfulness and breeziness of reggae culture yet cut with the introspection and communal spirit of mainland indie acts like Pinegrove and Cage the Elephant.

By 2018, the duo had grown, enlisting Willie Fowler on drums and Addison’s brother Brierton on bass, and traded in beaches for the Great Salt Lake. They hit the stage at spots like local cornerstone Kilby Court, live-testing their modern-indie-meets-’60s-blues with a wide-eyed exuberance that translated effortlessly into their 2019 self-released debut, Bryology.

Colored by the sound of Stratocasters jamming through reverb-cranked Fender amps, all backed by bouncy rhythms, Bryology marked a big step for the still-young quartet – but, true to The Moss’s nature, was still hard-coded with a DIY ethos. “We basically had no budget,” James remembers fondly. “We bought some nice mics and an interface and I ended up learning how to mix while we were recording.”

The follow-up, 2021’s Kentucky Derby, brought a more aspirational, blue-sky tilt to the foundation they’d laid on Bryology, expanding the group’s sonic arsenal while keeping the relatable lyrical style and sun-soaked sentiment at the forefront. “I’m really proud of how we’ve evolved as a band over time,” Addison Sharp says. “It feels like we’ve taken every different influence and mashed them all together to create something that feels really special.”

“Bryology seemed like a collection of separate songs we put together to make an album, whereas Kentucky Derby is a similar thought and story coming together to collectively make a more cohesive album,” adds Brierton Sharp says, noting the album’s tracks are sneakily arranged in pairs of two that seamlessly flow into one another. “Each song could be listened to on its own, or you could listen to them all and get a broader sense of our intention.”

No matter how listeners choose to interact with The Moss’s music, the band just hopes they feel something. It’s that kinetic relationship between band and audience that makes their live performances – including a pitch-perfect recent set for Audiotree – so compelling. “No matter what we do, we want to make sure the songs are fun to play live,” says Fowler. “We pride ourselves on being a band people want to see live.”

“There’s something special that happens when you get an immediate reaction to a song,” says James. “Whether it’s during a live show or even just a songwriting session, if there’s a reaction from people in the room, you know you’re on the right track.” XX

The Kaleidoscope Kid
The magic of a kaleidoscope is its constantly changing colors, shapes, and impressions. Bring the glass into the right light and the whole picture strikes you in a completely different way than before. The Kaleidoscope Kid takes his name very seriously -- blending psychedelic strings with hip-hop style percussion into a genre-bending musical phenomenon, tying everything together with his casual yet precise lyricism and stylized performance persona.

Upon signing with Regime/Suburban Noize Records, The Kaleidoscope Kid released his stand-out single "Hold Up." The Phoenix singer/songwriter/emcee now returns, with the release of his self-titled Suburban Noize album debut, dropping March 11th, 2022.

The Kaleidoscope Kid, equipped with blues-style electric guitar riffs and an all-encompassing lust for life, guides listeners through his album like a Shaman to a psychedelic trip -- taking inspiration from his personal journeys experimenting with eastern medicine and hallucinogenic mushrooms while living off-the-grid and in the woods during his lengthy recovery from a ruthless autoimmune disease.

Admitted to the hospital at 21, The Kaleidoscope Kid was bedridden for months, too weak to eat, walk, talk, or sing -- an unfamiliar lifestyle for this Phoenix, Arizona native who grew up on skateboarding, visual art, and outdoor escapism. After countless failed treatments and dumbfounded doctors, The Kaleidoscope Kid moved into the mountains of Sedona, Arizona, and began experimenting with reishi mushrooms and various organic berries to manage the disease, playing guitar in every spare second to cope with the intense traumas of such a severe loss of physical autonomy. He also began to add Hallucinogenic mushrooms into the mix -- sometimes tripping for weeks at a time.

Slowly but surely he regained his voice, and took that as a sign from the universe to devote his life to music. While living in a Phoenix Recording studio, he recorded his first demos that would ultimately get him signed to indie powerhouse label, Regime/Suburban Noize Records.

The wide range of his lifestyle and experiences has translated into a diverse style of music, bringing about a sonic landscape that echoes his passions and interests. Inspired by an extensive catalog of musicians -- spanning from Beck, Pink Floyd, and Cage The Elephant to Bob Marley and Sublime -- his work is an intentional reflection of his ever-growing passion for the craft. Through a delicate combination of life experience and allegory, The Kaleidoscope Kid creates an ethereal world that's both relatable and alluring.

His first single "Hold Up," continues to gain momentum with his edgy vocals and idiosyncratic flows. The song now has surpassed 1.9 million streams on Spotify, as more and more fans are drawn to The Kaleidoscope Kid's genr
Back to Event List
We use cookies on our website to give you the most relevant experience by remembering your preferences and repeat visits. By clicking “Accept All”, you consent to the use of ALL the cookies. However, you may visit "Cookie Settings" to provide a controlled consent.
Cookie SettingsACCEPT
Privacy & Cookies Policy